I've been very slack about updating here, so for my New Years resolution, I will try and update more often.

I can't update the website at present because my desktop computer has been broken for about 6 months. But hat-archive.com is still limping along.

I have been updating the flickr site regularly. I added 11 photos this morning. Most of them are postcards including some lovely early cards of Tivoli performers. I have never seen these before so was quite surprised to find them. 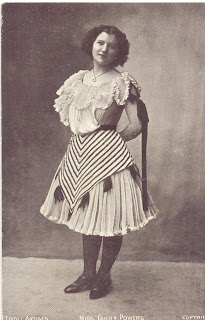 Fanny Powers was a long term member of the Tivoli theatre company and a good friend of Harry Rickards.

I also picked up the postcard below. 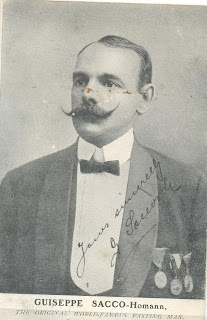 And of course I had to buy the postcard below. 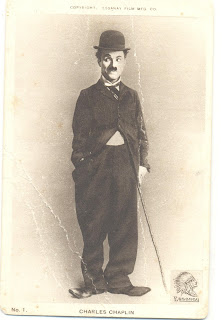 I overpaid, but it is Charlie Chaplin and I love Charlie. It's from his Essanay film days, around 1914-15.

I have almost 800 postcards on the flickr site  so check it out at  http://www.flickr.com/photos/hat-archive/
Stage Whispers have updated the history part of their site to include an article I wrote about child labour in the theatres. Surprisingly, very little has been written about this topic. The article focuses on a scandal with a children's troupe which was deserted in India. It is available here.

For the January 2013 issue of Stage Whispers I wrote about Mrs J C Williamson, aka Maggie Moore. The only person in history to exploit the great theatre entrepreneur. Ahh that Maggie, she was an Irish scoundrel!

The new edition of Stage Whispers will be available in newsagents soon.

Happy holidays to everybody.
Posted by Leann at 11:29 AM 1 comment: 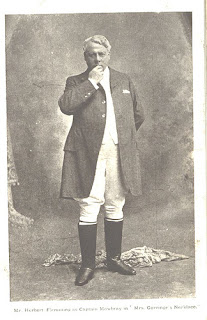 I've had the privilege of working with Inside History magazine, and they have kindly published an article I've written about researching theatrical ancestors in Australia.

So check out this lovely full colour magazine which promotes Australian history and historians.
Posted by Leann at 7:09 PM No comments: