So I was having a bit of a sulk that I won't be going to Paris until July next year- and then I remembered that I had purchased some beautiful postcards whilst there in February this year...

So here they are. 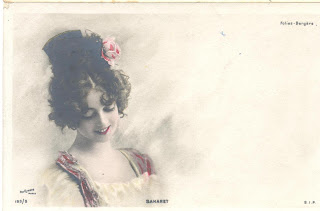 This card is from the Folies Bergere, so it confirms that she performed there. 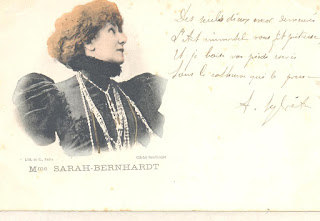 The beautiful colour postcard above is of Sarah Bernhardt, who had a very successful tour of Australia. 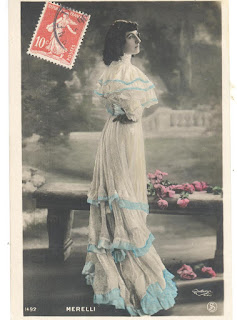 I'm not sure who  Mereilli was...but it's a nice postcard. 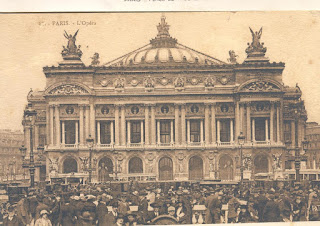 
My eyes started to glaze when it got technical...Let me know if the  links don't work.


Juggling Drops and Descents
Posted by Leann at 10:02 AM No comments:

Another trip to the postcard fair.

Every two months the NSW postcards collectors society have a fair where they lure poor unsuspecting theatre historians into buying beautiful postcards which date back to the early part of the 20th century or earlier.

So this is what I found today.

Firstly, a uni-cyclist whose name is Leo Leo. Possibly French, but I have no idea of the date. Below Leo is the English Pierrots, a musical group which played in Australia in the early 20th Century. The postcard is from Melbourne. 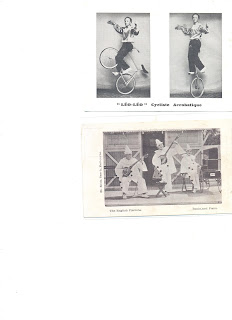 Next we have Annie Reid on the left who was one of the "Mitzi Girls' in the Girls of Gotenberg. This is a card from Newcastle NSW, so it could be from an amateur production, It's dated 1913

Next to Annie is Ella Caspers, a very famous Australian singer. Below Annie is the duo of Diamond and Beatrice or Beatrice and Diamond, they were musicians at the Tivoli theatre around the turn of the last century. This card is another in the Tivoli series which showcases regulars from the theatre in Sydney. Next to them is Nellie Wilson, one of the JC Williamson's Royal Comic Opera Company. 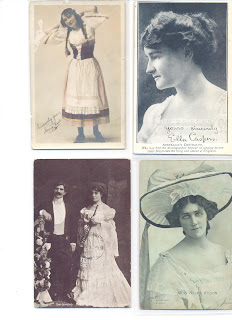 Below is one of the world's most famous theatrical couples, Vivien Leigh and Laurence Olivier. This postcard is from London Films and is advertising their movie, Fire Over England..Aren't they gorgeous? Next to the golden couple is Andrew Mack, a singer. Below them is a wonderful comic postcard which references juggling, which I was thrilled to find. Next to that is a postcard of Maisie Rowlands, a monologue entertainer who worked at the National Amphitheatre in Sydney in 1909 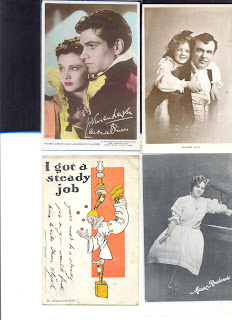 Below we have another Williamson performer, Dolly Castles. Next to Dolly is a photo from Happy Harry Salmon's company. Below her is another Williamson star, Madge Crichton, and next to her the comic duo of George Lauri and William Percy, both stars of the Royal Comic Opera Company. 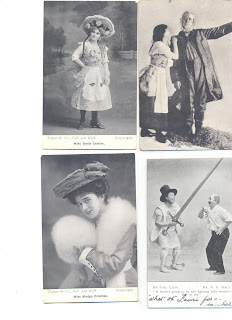 More Williamson stars below with Florence Young and Margaret Thomas, pictured from the Royal Comic Opera Company's production of Veronique. 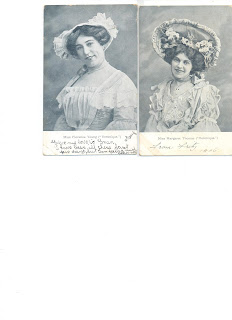 And finally, pictures from the Williamson 1908 production of the Merry Widow, which starred Carrie Moore, who is looking quite pensive in the top photo. 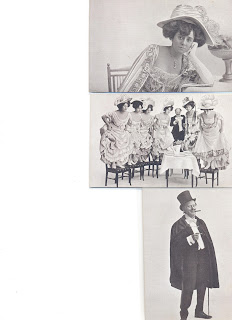